Cologne – also called “Kölle” in Kölsch – is the largest city in North Rhine-Westphalia with over one million inhabitants and the fourth largest city in Germany. The metropolis is best known for the Cologne Cathedral and the annual carnival. Cologne attracts business people from all over the world through the numerous renowned trade fair events and attracts many young people to study due to the large number of universities. Furnished living in Cologne and the surrounding area is suitable for both target groups: It is practical, simple and represents a comfortable temporary stay. On this page you can find out what life is like in Cologne and which hotspots you should definitely have visited. We have taken a close look at Cologne’s trendy districts for you:

Scene districts and hotspots in Cologne

Cologne’s districts – also called “Veedel” – are colourful and diverse. Among the most popular places to live are the Belgisches Viertel, (Neu-)Ehrenfeld, Lindenthal, Sülz, Nippes, Cologne Mühlheim or Neustadt-Nord (Agnesviertel), Niehl, Altstadt, Südstadt, Zollstock and Hürth. Each of these districts exudes its own charm and is characterized by different peculiarities.

Central, urban and popular – in the Belgian Quarter you will find numerous cafés, bars and restaurants as well as boutiques and smaller clubs. The name of the district is influenced by its street names, which are based on belgian cities and provinces. The “Veedel” is particularly popular with the younger generation: here they like to dine in the restaurants on Aachener Straße or enjoy an evening Kölsch on Brüsseler Platz. Only a few minutes’ walk from the Belgische Viertel is the Aachener Weiher – an artificial lake bordered by the so-called Hiroshima Nagasaki Park, which invites you to do sports, have a barbecue or relax.

Multicultural, colourful and alive – Ehrenfeld is now one of Cologne’s most popular residential areas. In the former workers’ and industrial district you meet people with different cultural backgrounds. This is particularly evident on Venloer Strasse with its many shops, restaurants and snack bars offering a wide range of products. In addition to numerous small and cosy cafés, Ehrenfeld also offers a varied and alternative nightlife. Many creative people and artists are drawn to live here – not least because the district is characterized by many street art works.

Lively and close to the city – Neuehrenfeld is a bit off the beaten track of the multicultural Ehrenfeld, but shines with an urban flair, pretty old buildings and green spaces. The architecture is rather untypical for Cologne. In Neuehrenfeld you will find many houses with stucco facades and villas from the founding years. Many of the wide streets are planted with tall trees, reminiscent of pretty avenues. In Neuehrenfeld there are a lot of small cafés, restaurants, wine bars and trendy pubs where you can spend your free time. Further towards Bilderstöckchen is the Blücherpark – an idyllic and spacious park with a large lake, a boat station and a beer garden. Another sight in Neuehrenfeld lies north of the Inneren Kanalstraße: the Odonien. The artist Odo Rumpf has his studio here, on the former premises of the Federal Railway. His steel sculptures invite many young people to festivals or electronic dance events.

If you prefer things a little quieter, Lindenthal is the right choice for you. Lindenthal is particularly well known for its green areas and parks. Popular hotspots here are the Stadtwald, which is particularly inviting for jogging and walking, and the Melaten cemetery, which is appreciated by many inhabitants as a place of rest and tranquility. Lindenthal is also home to the university, whose faculties are spread over the entire district. If you like a mixture of young and old and would like to live in a more upscale environment, Lindenthal is the place for you.

The typical student quarter – many students live here who go to the University of Cologne in the district. Sülz is also an attractive place to live for families and the elderly. Sülz belongs to the Lindenthal district and is not far from the city centre. Especially on Tuesdays and Fridays, many families are drawn to Auerbachplatz. The Luxemburger Straße, on the other hand, is a popular shopping mile, but the weekly flea market at the Unicenter, which always takes place on Saturdays, is also one of Sülz’s hotspots.

This district is very lively and attractive. Especially the Neusser Straße is not only in Cologne, but also far beyond the borders of Cologne, known as the shopping mile par excellence. There are large and small shops here that invite you to stroll around. We also recommend the central Wilhelmplatz with the weekly market (Monday to Friday).
The “Sixty Quarter” is a district in Nippes. It stretches from Sechzigstraße, over Hartwichstraße and other side streets. Here live people in a modern way but car-free. Nippes also has wonderful green areas to offer: The “Nippeser Tälchen” lies to the north, “Nippeser Schweiz” to the southwest, “Lohsepark” to the south and “Johannes-Giesberts-Park” to the east.
muel

The district of Cologne Mülheim – also called “Müllem” in Kölsch – is located on the right side of the Rhine in the north of Cologne. With around 40,000 inhabitants, Mülheim is the most populous district of Cologne. Here it is very multicultural – for example, the Keupstrasse in Mülheim is regarded as “Little Istanbul” because 90 percent of the inhabitants and almost 100 percent of the business people here come from Turkey.
Many media companies, such as television stations, are also based in Mülheim. Popular event locations such as the E-Werk and the Palladium can also be found in Cologne Mülheim.

Lively everyday life and a oases of peace: The district Neustadt-Nord belongs to the centre of Cologne and is considered to be part of the “inner city”. Neustadt-Nord includes the popular Agnesviertel, the innovative Mediapark and the green Stadtgarten district.
The Agnesviertel is known for the second largest church in Cologne, the Agneskirche, to which it also owes its name. The Agnes district also has many restaurants, hip bars, small cafés and magnificent old buildings. Life is pulsing along Neusser Strasse. Around Reichenspergerplatz stands the imposing justice building of the Higher Regional Court and the Wilhelminian style buildings can be admired just a few steps away in Weißenburgstraße.
The Mediapark, also part of Neustadt-Nord, is the centre of the media industry: over 250 media companies are based here. The Mediapark offers over 2000 jobs and is appreciated by many renowned companies and start-ups.
Another hotspot in the Neustadt-Nord district is probably the Stadtgarten, where you can enjoy a wide range of cultural and leisure activities not only in summer.

Niehl is located in the north of Cologne on the left side of the Rhine. The district is mainly known for its industry and it’s harbour. In addition to the Ford factory, the publishing house and printing office of Cologne’s largest publishing house DuMont can also be found here, as well as Cologne/Bonn Airport in the immediate vicinity. But anyone who sees Niehl as a pure industrial district is wrong, because Niehl has much more to offer: This includes, above all, resting places such as the Cologne Zoo and the Flora as well as the horse racecourse. So if you aren’t disturbed by urban life and industry, you’ll feel at home in Niehl.

Touristic, historical and vibrant – Cologne’s old town captivates with its small, quaint alleys and old, traditional houses. Many bars, pubs, breweries and restaurants invite you to relax. Together with the Cologne Cathedral, the Romanesque Church “Groß Sankt Martin” and the Town Hall tower, the old town is part of the famous Rhine panorama. Anyone who lives here is drawn to a very lively atmosphere – because thousands of tourists come to the old town every year. The “Alter Markt” and the “Heumarkt” are central points where you can find many restaurants and bars in which people like to sit outside until late in the evening.

The Südstadt quarter comprises the area around Chlodwigplatz and parts of Neustadt-Süd and Altstadt-Süd. Chlodwigplatz is the heart of Südstadt – Severinstraße, Bonner Straße, Sachenring, Ubierring and Merowinger Straße meet here. Südstadt is particularly popular with artists and students – here you can still find original Cologne pubs, but also modern trendy pubs, many restaurants and a delicious coffee culture. For all nature lovers, the enchanted Roman Park or the lively Volksgartenpark invite you for a walk.

But you can also stroll along the Rheinauhafen harbour – here you will find numerous museums and modern office architecture, a wide range of restaurants and the three legendary “Kranhäuser”. In the southern part of the town, the old building meets the new building and accordingly everyone can find their place here.

The district in the south of Cologne belongs to the district of Rodenkirchen. Compared to other districts of Cologne, the rents in Zollstock are rather low and therefore many students are drawn here – but also because Zollstock is directly connected to the city centre and university. Besides many insurance companies, UNICEF also has its headquarters in Zollstock. The district is urban and metropolitan and offers highlights such as the foothill park, the green belt, the Zollstocker indoor swimming pool and the southern cemetery. Soccer fans of S.C. Fortuna Cologne also get their money’s worth here, as the Südstadion is also located in Zollstock.

No direct district of Cologne – yet in the immediate vicinity of the metropolis – offers Hürth a high quality of life, a wide range of housing, work and shopping opportunities as well as a comprehensive cultural program. Approximately nine kilometres from Cologne, Hürth is therefore the perfect suburb to the cathedral city and also the direct connection speaks for an apartment in Hürth. In former times Hürth was mainly known for its coal-fired power plants – today Hürth is an industrial and media city. Here, for example, you can find the nobeo TV studios, where the TV shows “Stern TV”, “Wer wird Millionär” or “das Kochduell” are recorded. Further highlights in Hürth are the Decksteiner Weiher and the Otto Maigler Lake. The latter invites above all to water sports.

Real estate is our passion!

Therefore, we at Apartment-b2b daily mediate furnished apartments and houses in the area of Cologne, Bonn and Dusseldorf.

With us you can find the suitable object as flat-hunter, landlord or relocator. Above all, we offer you individual advice.

Our Team
Facts & Figures
Our Partnerships 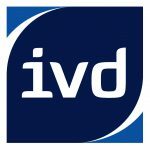 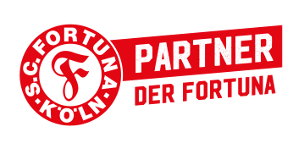